About KM From Home

KM From Home was launched on the evening of 27th March 2020 after restrictions on movement were announced by the Irish Government in response to the Covid-19 pandemic. On the first day, 28th March, over 800,000 people visited the site to check where they could exercise.

Subsequently Australia, Malaysia, Thailand, France, Spain, South Africa and many more countries had similar restrictions on exercise, and additional options were added for those countries. Meanwhile in Ireland a plan on easing restrictions to 5km limit on exercise with a further increase to 20km travel in June. 2kmfromhome.com was updated to show those limits.

The site is used for lockdowns throughout the world. Up to August 2021 over 9 million people have used the site.

There is some bewilderment about the use of 2kmfromhome.com name when it can be used for more than 2km from home.

When the initial lockdown was introduced in Ireland there were no websites or tools available to easily show the radius for an exercise limit. After the announcement in early evening, we quickly developed and launched a site a couple of hours later for family and friends to use. "2km from home" were the words used to describe the limits that's the name that was used for the site.

Subsequently increases in limits were announced along with other countries using similar lockdowns to control Covid-19. As over a million people had used 2kmfromhome.com we kept with the name.

As the site is known as "2kmfromhome.com" and is in continual use in places where there is a lockdown occurring we're going to leave it as is for the time being. We'll look at changing the name when the pandemic subsides world wide.

In June 2021 2kmfromhome.com won the publicly voted Special Covid 19 Response Award from the Ireland Chapter of the Project Management Institute. 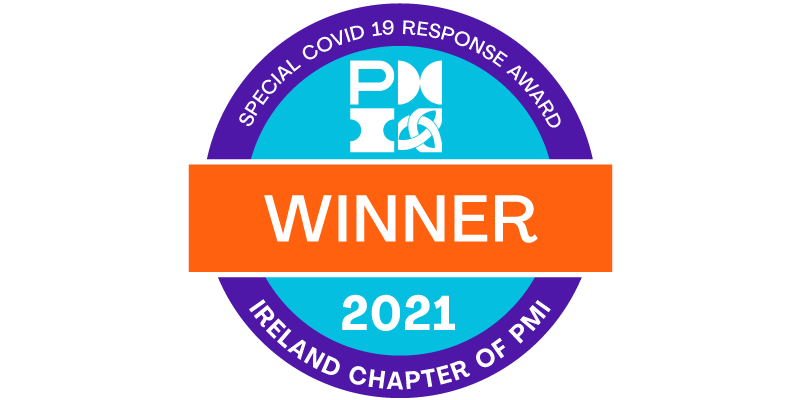 The site has been featured on the RTE News website, radio stations and other media outlets. It has been shared extensively on Twitter, Facebook, WhatsApp and other social Media websites. Dave Bolger has given interviews to RTE News, featured on the Dave Fanning Show on 2FM, Alan Corcoran Show on South East Radio and KCLR Live on KCLR 96FM with Eimear Ni Bhraonáin, and in The Gorey Guardian.

To mid May 2020, 2.2 million people have used the site 6 million times to see the limit on where they can exercise.

August 2021, over 9 million people have used the site.

The site was developed by Dave Bolger from Devhaus. Devhaus are based in Gorey, Wexford and develop websites and software applications.

The site is built on the Laravel Framework using Vue, TailwindCss, and Streamline Icons.. The mapping technology used is OpenStreetMap and Leaflet. Geolookps are provided by Algolia Places and IP to Geolookups using Max Mind Geo Lite 2 database. The site is hosted on Linode. CDN and caching from CloudFlare.

If you would like to support the site and help towards the cost of development and hosting you can buy us a coffee.